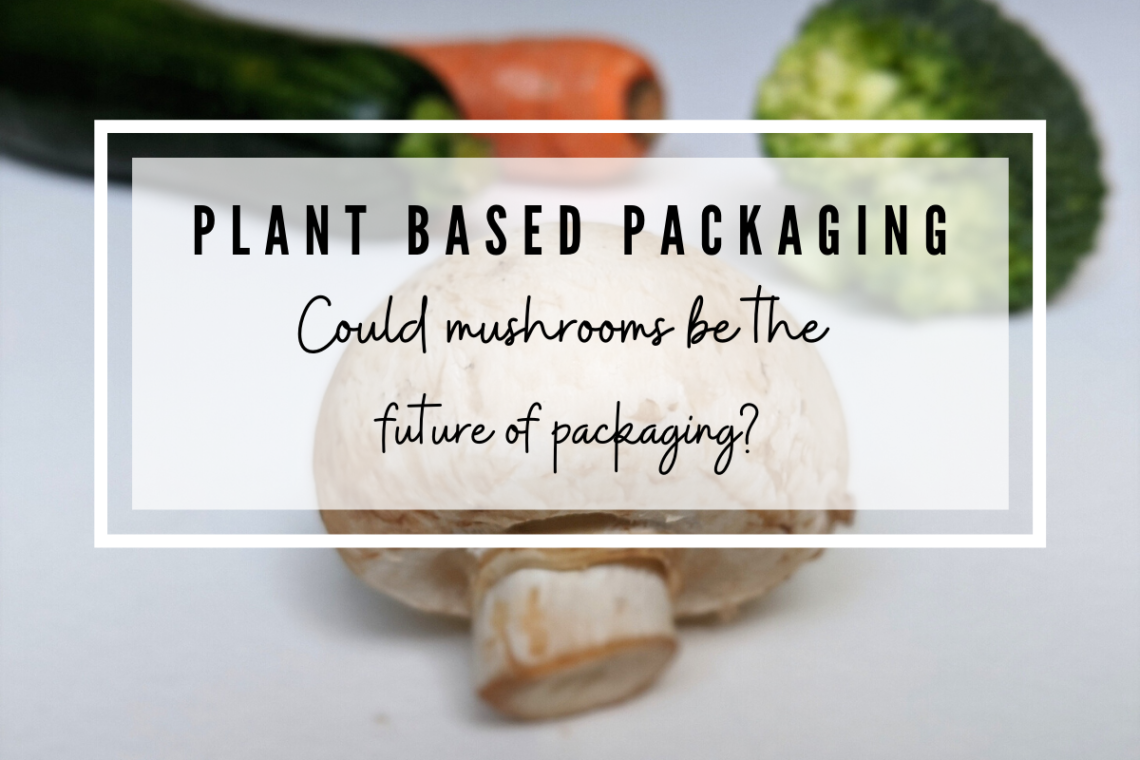 Plant-based packaging has been around longer than you may think. In fact, the first type of plastic invented to replace Ivory in the late 1800’s was a cellulose polymer, made from plant material. Somewhere along the line we went fully synthetic, creating polymers from fossil fuels to replace every other type of material that cost more than plastic. Of course, this idea of plastic had larger disadvantages and negative environmental repercussions down the line. Today, about 300 million tons of plastic is produced globally every year, and 50% is used for single-use purposes.

Since plastic started to really become an environmental issue in the 1980’s the wheels started turning for scientists and environmentalists as to how an alternative could be created to extinguish the world’s largest pollution problem. Today, there are many plant derived plastics called Bioplastics that are on the rise to completely replace traditional fossil fuel polymers that take nearly 1000 years to completely biodegrade. Some of the most popular and most inventive bioplastics are being heavily trialed, and could potentially lead to a plastic free future. A few of these bioplastics include Aliphatic Polyesters, Mycelium, Shrilk, and Processed Banana Leaves.

Aliphatic Polyesters are bioplastics that look just like regular plastic, and it’s also the type of bioplastic you are probably most familiar with. Environmentally friendly cafes may use to-go cups and lids made of either PLA or PHA, two of the most well used bioplastics. The Calgary Zoo is an example of a business that uses this kind of bioplastics. The reason they appear so similar to fossil fuel plastic is because of the materials they are made of.

PLA is made from the sugars in cornstarch or sugarcane. They are made by separating the oil from the starch and using the starch to create long chains of carbon molecules. PHA is also quite similar to PLA in the organic material it is made from to also produce carbon.

Both PLA and PHA appear and feel much the same as plastic, however, there are a few differences. One is how they are disposed of. These bioplastics are biodegradable, meaning they break down quickly under the right conditions in industrial compost facilities that use high heat. They are not recyclable like some plastics and because of their similar physical qualities, this is the biggest downfall. If recycled they can contaminate huge recycling batches and can send those batches directly to landfill. If PLA is wrongly disposed of, being tossed into nature, PLA acts exactly like plastic, forever polluting spaces and not breaking down as natural conditions are not hot enough to actually biodegrade the material. The last note on Aliphatic Polyesters is the corn based material requires specific crops and spaces to grow the corn.

Although an improvement from the high greenhouse gas emissions plastic emits and the longevity and nonbiodegradable quality, these 2 bioplastics prove themselves to be so similar to plastic they can cause other problems.

Mycelium is a fancy word for the vegetative structure of fungi, found in soils and organic matter, specifically the root system of mushrooms. Think of mycelium as the weird stringy looking texture of mould you might find on a piece of bread that sat on the counter too long. Mycelium plays an interesting role in ecosystems, having the ability to break down and recycle nutrients. In other words, they carry energy in the ecosystem forward, decomposing organic waste and making it usable for plants (which then become food for animals).

One of mycelium’s cool qualities is it can be grown, and if this happens in a controlled environment, it can bind other organic materials and be shaped into specific forms. It grows quite quickly at a rate of 4-6 days, and composts in 45 days when mixed with soil in a natural environment. It is incredibly strong and durable and acts as a type of natural glue when it grows around wood chips or plant waste. It’s ability to grow into any shape or size makes it the perfect candidate for replacing plastic packaging. When it is finished growing to the achieved size, it is placed in a heater that removes the water and forms the mycelium into a mould. This essentially is taking away the perfect environment the mycelium needs to reproduce, stopping the growth and keeping the pressed shape. It then turns into a hard and durable material that is lightweight, water resistant, and insulating. How amazing is nature?

The opportunity to use this growingly popular material is endless. It can be an organic glue to replace toxic resins in particle board and wood products, furniture, building materials, and of course packaging.

This is a bioplastic with a limited amount of available information online, a product of a Harvard student, and perhaps an idea still being tested. However, to make Shrilk the waste of a food product is used, which is extremely resourceful and embraces the idea of circular living. Shrilk can be made from shrimp shells which contain a material called chitosan. By isolating this material it can be made into a lightweight film-like plastic that is durable and composts quickly when mixed with other organics. The shells are readily available to use as an unwanted waste item, which makes this material and making process inexpensive. Considering the biggest advantage plastic has over other packaging materials is its low price point, Shrilk stands a good chance against plastic.

Banana Leaves have been used regularly as a packaging material in countries that readily grow them, such as India, Thailand, and the Philippines. The only issue that comes with using banana leaves is the length of time it takes for them to dry out and shrivel, which is less than a week’s time. An 11 year old living in India had seen many farmers dump banana leaves as a waste product and wanted to come up with a more beneficial way to use them. He came up with the idea of processing these leaves in a way that is still environmentally friendly but helps to keep the leaves from drying out so they can be used more frequently as a packaging material.

The leaves are processed in a way that strengthens the cell walls of the leaves, making them stay fresh and flexible for upwards of one year. It is chemical free and can be composted in soil at any time where the leaves take a total of 28 days to decompose. This idea is specifically interesting because it uses a waste product from the food industry and requires little manufacturing.

Overall bioplastics are the future of plastic, creating less greenhouse gas emissions, having a biodegradable afterlife causing less waste and pollution, and some examples target the inexpensive price point companies are after. Plastic is the world’s largest pollution problem that will overtake natural spaces even more if alternatives are not more readily used in the coming years. It is estimated that by 2050 seabirds and marine animals will all be consuming plastic, which also means that the fish eaten by us will contain plastic and enter our bodies (this is probably already actively happening to some extent).

PLA, PHA, Mycelium, Shrilk and Processed Banana Leaves are all good examples of successful bioplastic options used today and will hopefully be used more in the future. Here, I have made a chart to closely show the differences between these bioplastics, comparing advantages and disadvantages of the products. Companies that are making the switch to bioplastics are important to support, where our purchases are like our vote for products and their packaging. 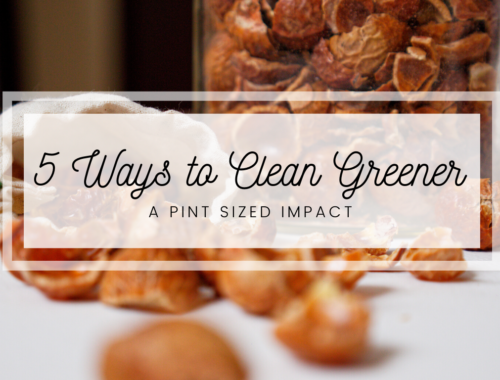 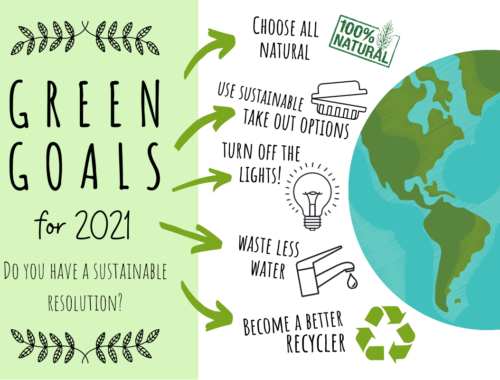 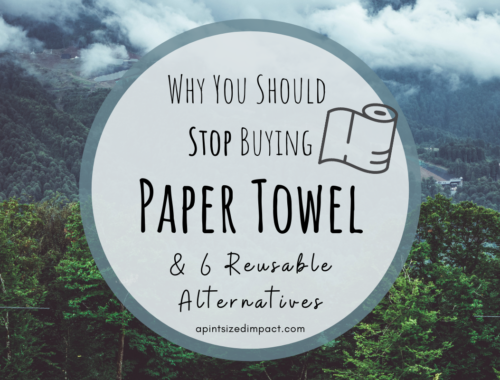 WHY YOU SHOULD STOP BUYING PAPER TOWEL