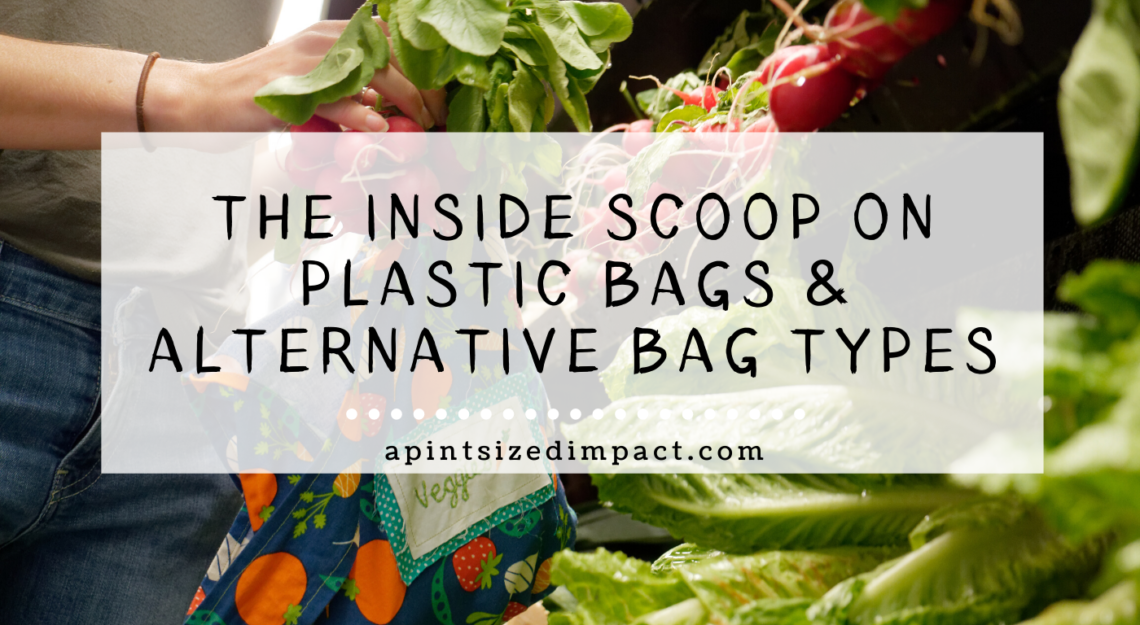 At the end of January Sobey’s phased out the use of disposable plastic grocery bags from their 255 stores across Canada. Along with Sobey’s, other regions across Canada have been trying to do the same, some experiencing more pushback from municipalities than others. PEI was the first province to ban plastic bags, and Newfoundland and Labrador is soon to follow in summer 2020. By these changes alone, hundreds of millions of plastic bags will be removed from circulation each year, finally making a small dent in the 15 billion plastic bags used in Canada annually, only 1% of which is recycled.

This is an exciting step towards a cleaner Earth and a more environmentally friendly footprint.

But why is this first step so important, and why should individuals seek alternatives to disposable plastic bags at places that continue to offer them?

To answer these questions, we must look at why plastic bags began circulation in the first place. While plastic disposable bags were once uncommon, by the end of the 1980’s plastic bags had gone international, were aggressively marketed to companies, and had almost completely replaced paper bags around the globe.

Plastic bags became so popular so quickly because they offered a new convenience to both consumers and companies. They were originally designed to hold heavier items with ease and be reused time and time again. For companies plastic was less expensive to buy and the production of plastic bags was cheaper than paper.

Plastic bags were also meant to be a more durable solution to using frail paper bags that had caused so much deforestation, but the further environmental implications of the new invention was an unknown consequence at the time.

Now over 30 years later, we are deep in the environmental repercussions of plastic bag convenience, and have only started to change our views and actions when it comes to consuming. When we buy something, it has become first nature to have items bagged, and even if you bring your own, it is habit for a cashier to automatically start bagging. For the era these plastic bags were invented in, it seemed like a logical alternative to the problem of forest destruction. But with the information we now know about the environmental damage plastic bags inflict on wildlife, air quality and water pollution, we still continue to use them and it needs to stop.

So again, why should individuals seek alternatives to disposable plastic bags?

The transition from paper to plastic in the 1970’s and 80’s happened through major companies and paper became an unavailable option out of individual consumer control. Now, we have many alternatives at our disposal and the transition from plastic to a more sustainable option is very much in the hands of each individual. The more we move away from disposable plastic bags, the faster other larger companies will also follow suit.

Every time you use a reusable bag or turn down a disposable bag, you take a stand for the larger implications disposable choices have on the planet. You stand for the wildlife that can’t vocalize against single-use plastic, for the young people who didn’t create the pollution but will definitely have to face its consequences, and for the overall health of the planet including ourselves. We stand up for a cleaner natural world and advocate for change when we make sustainable shopping choices such as refusing plastic grocery bags.

There are many alternatives to plastic bags, and one of the alternatives that has been brought back is the paper bag option at places like Sobey’s (for a 10 cent fee). Paper bags aren’t necessarily a better option to plastic, but maybe rather a backup choice to other alternatives, say if you forget your own reusable bags. Paper bags use forest resources at an increasing rate, and are just as disposable as plastic. The only benefit is the afterlife, where they are easily compostable and recyclable.

In attempt to cut out plastic disposable bags myself, I often heard critical views of other alternatives such as cotton bags having a larger environmental footprint in production and resources like water. Watering cotton crops and producing the material takes up a lot of resources and energy compared to one plastic bag, which is not wrong. Often these views argued in favour of plastic bags, and were reluctant to admit the overall footprint of both bag options. When considering the environmental impact of a bag, and any product for that matter, it is incredibly important to consider more than the impact production has on the environment. Considering the life a product has after production and use is also essential.

Below I have created a chart to compare alternative bag types to plastic bags, and I hope it demonstrates a critical view at why plastic bags should indeed be removed as a buying option all together.

One type of bag not on this chart is bioplastic bags, or compostable plastics. Not all are the same, however, in general these bags are made from vegetable oils and compostable polymers (plastics). To actually decompose they must go to an industrial facility where they require extreme heat to break down within 3-6 months. They also are typically produced from corn crops and the amount of energy needed to make them probably could have been put to better use as a source of food. Perhaps a better option in terms of afterlife than plastic, however still not the most ideal.

There are still many issues that lie within the disposable world humans have created, but removing disposable grocery bags is a small step in the right direction, and we can all help make less plastic production a reality. Thank you for skipping and refusing plastic bags!

HOW TO MAKE HANDMADE PAPER FROM RECYCLED PAPER 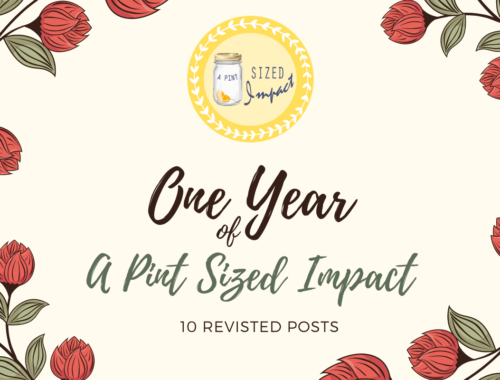 ONE YEAR OF A PINT SIZED IMPACT 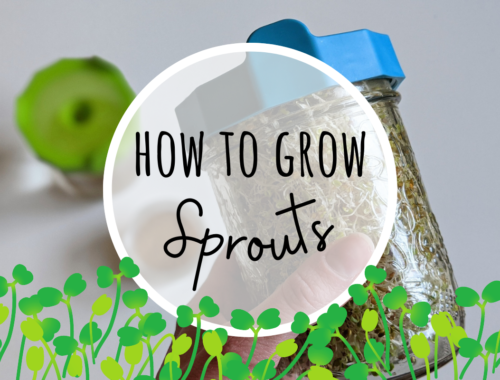 HOW TO GROW SPROUTS 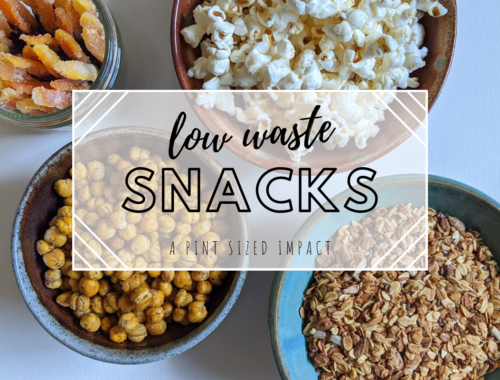